Signs and Symptoms of SMA 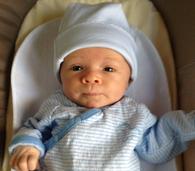 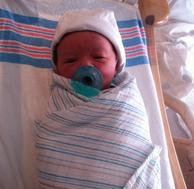 It is important to note that all children with SMA present differently. Signs and symptoms will vary on an individual basis. Signs and Symptoms of type 1 SMA are often present at birth or develop very early in the first few months of life. Poor motor control becomes apparent. Poor or lack of head control, difficulty with feedings, weakness in extremities, and paradoxic respiration (belly breathing due to chest muscular weakness) are all early symptoms. The baby may often present as “floppy” at birth. They will have decreased kicking and normal arm movements. Tongue fasiculations are also common and the tongue may look as though it is constantly vibrating. The common theme is that the baby is not meeting normal developmental milestones. While all babies are different and meet milestones at different ages, an ongoing failure to achieve these can be indicative of a larger problem. Another important symptom is increasing weakness. A normal healthy child should not show an increase in weakness. For example, the baby was able to demonstrate proper head control, but later could not.

How did we know with Leo??

The one thing most every pregnant woman will say at some point is “We just want the baby to be healthy.” That is all we want. We read every book that could possibly be written on the subject. We scour the internet hoping to find some new piece of information that we had previously missed. We change our diet, our lifestyle and do everything we can control to help ensure a “healthy” baby. The devastation of having a child with health issues is an absolute nightmare.

Leo actually showed very early symptoms with decreased movement in utero during pregnancy. I brought this up time and time again to the physicians that were following me, and each time I was assured everything was fine. He was getting big and running out of room.

After a very long and failed induction Leo was born. We had ~16 hours of pure bliss before the severity and reality of the situation really hit us. Leo was born “floppy” meaning he had very little muscle tone. He could not lift his arms and legs against gravity, was not kicking, and he demonstrated very little movement overall. He was also breathing with his belly and had severely diminished to absent reflexes. The on call pediatrician that saw him the next morning was very hopeful that this was simply due to a long and traumatic delivery. Leo was nursing very well and this perplexed them. We were beyond scared at this point. We knew something was causing this. This was not normal. We left the hospital with an appt set to see our pediatrician the next morning. He did not waste anytime and was running blood work and had us set to see a neurologist the next week.
The neurologist suspected SMA, and his suspicions were quickly confirmed.

There is a great deal of hope for SMA. Early diagnosis is crucial. It is hoped that with gene therapy and other medicines, a baby with known SMA will be able to be treated before ever showing symptoms. This is one of the many reasons we encourage genetic counseling. Knowledge really does give you power and options. But you have to know about the SMA.  It is thought that many SIDS related deaths are actually undiagnosed SMA.